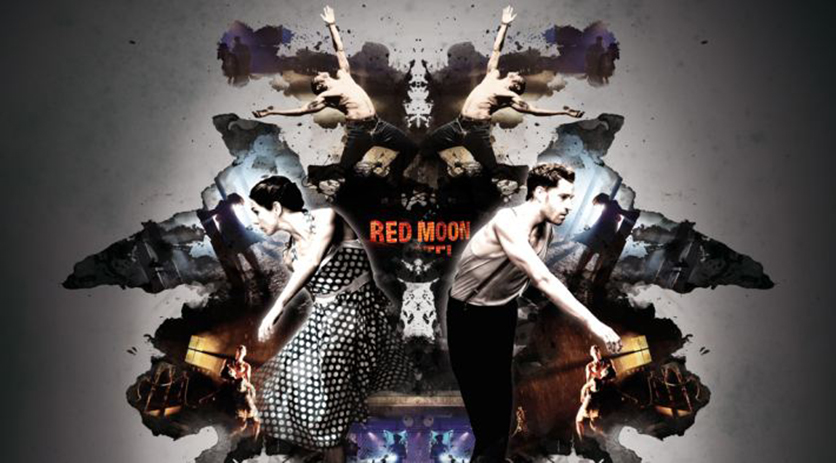 A Punchdrunk aficionado must… wander, explore, investigate, absorb, read, be subsumed, watch, follow, snoop. Construct your own narrative. There is a short, general outline of a story handed to you as you enter the sensorially deprived world of The Drowning Man, along with your mask which you are to wear at all times – and talk to no one. It tells of two couples – a man having an affair without his partner knowing, and woman doing the same to her partner and both ending with a death. And from there on you’re pretty much on your own… doing all of the above.

The story is spread over the four floors of what was a GPO sorting office next to Paddington Station, and depending on where you are dropped off by the lascivious lift attendant, will determine the structure of your own progress through the maze of an experience that is revealed to you and, more importantly, discovered by you. The story is partly based on the remnants of a play written by George Buchner, ‘Woyzeck’, where a 19th-century German soldier who, brutalised by his experiences, butchers his unfaithful wife in a fit of tormented passion. The scenes where apparently left with no indication of the order they needed to be seen in and this idea dovetailed beautifully with the nomadic, immersive structure the creators of Punchdrunk so love to play with. Felix Barrett, creative genius behind the Drowning Man, describes some of the processes involved in creating this work in this audio slide show for The Guardian. As well as trying to link the brief story to the action I was stumbling across, I found a number of themes kept re-emerging as I wandered into rooms empty at one moment and the filled with action, throbbing noise and music at other times. They are reinvented on the different floors as each idea is transformed and twisted… You can find one thread scrawled above someone’s bed in the ceiling of a caravan on the second floor and then see it continued savagely scratched out of a studio photo in the basement. The details are everywhere. And there is so much of it laying around for you to pick up and handle.

It all reveals the very seedy world of the decline of the Hollywood film industry through the soon to close Temple Studios, and Punchdrunk are just the company to enjoy revelling in the grotesque and forcing its audience into disturbing and uncomfortable situations. It is at times bizarrely surreal and predatory. Watching an intimate scene unfold in front of you amongst a group of silent onlookers, all masked, made me feel part conspirator. When you do finally emerge, crawl to the bar begging for a drink, and connect with those you arrived with, the next part of the evening starts: the personal exposés and comparisons. I found out at this point that I’d missed one of the creepiest scenes on the top floor. How bloody annoying. We each of us, saw something quite unique. Some of my friends had been to another Punchdrunk performance before – Sleep No More, apparently still running in New York – and so there were comparisons with that. I think they felt more challenged by Sleep No More. And there were discussions as to whether the soundscape was too loud. Perhaps. Some speakers where vibrating, effecting the sound quality, but this is all just nitpicking. The sound is meant to envelop you, pulse in you, adding to the emotional impact. Fans on YouTube have made a compilation of some of the music used in The Drowned Man. If you are interested in listening to the sound track follow this link: Punchdrunk: The Drowning Man I’ve since found out that some people ‘do’ Punchdrunk performances over many nights. They go back and follow different characters to find out their individual stories, which can move them to tears. Another thing: I was there the night Andrew Garfield of Spider-Man fame made an unexpected appearance. I can’t say that I recognised him – he was probably hidden away on the floor I didn’t find. Despite my shortcomings in discovering all, I know that many scenes replay over in my mind. The music haunts too. I want to go back in fill in the gaps. Oh dear god, I think I need to go and revisit The Drowning Man again.  Who else has been lucky enough to experience this? What was your most memorable moment?

The Drowned Man is a Punchdrunk and Nation Theatre production. Its run has been extended and tickets are still available booking until 29 June at Temple Studios in London.