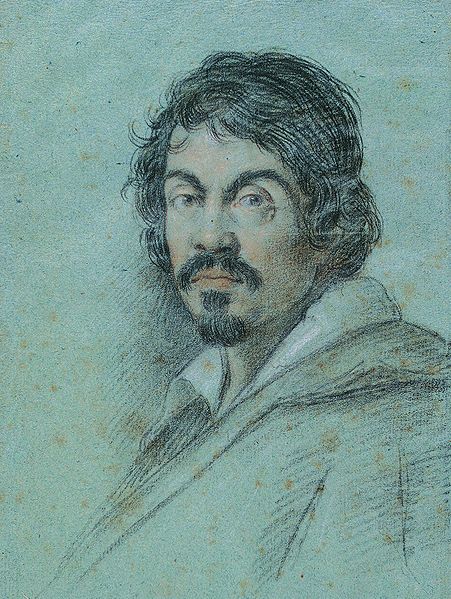 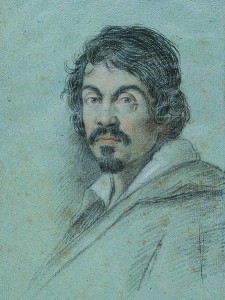 Artistic genius Caravaggio, used a primitive form of photography to help create his masterpieces, said two art experts, Susan Grundy and Roberta Lapucci.  Their research at a workshop in Florence, revealed that Caravaggio probably converted his entire studio into a camera obscura in order to project images onto his canvas. The painter then used his own compound made of mercury, salt and Venetian ceruse, a popular lead-based cosmetic skin-lightener, in order to temporarily ”fix” the images on the canvas. This produced a short-lived, fluorescent image, similar to a photograph, which he was then able to convert into a permanent sketch that formed the basis of the eventual painting.

After the earlier image faded, the artist could remove the canvas from the camera obscura and continue his work. Caravaggio converted his studio into a kind of darkroom by filtering light through a purpose-made hole in his ceiling, using a biconvex lens and a concave mirror to reflect the image he planned to paint directly onto the canvas.

The use of a camera obscura to sketch the subject was not a new technique among artists, having gained prominence thanks to Leonardo da Vinci’s writings.

The device works by projecting reverse images of outside objects onto the flat wall of a closed box through a lens in an aperture. By attaching a mirror to the apparatus, artists were able to trace the exact dimensions of the image onto a piece of paper. 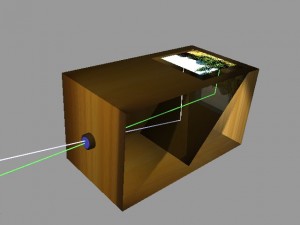 Caravaggio spent months refining his technique, adjusting the light and the size of the models.

However, by turning his entire room into a camera obscura, Caravaggio found himself working in the dark.

The experts believe this led him to create his own version of the faintly luminous, lead-based paint.

But the technique could sometimes give rise to distortion, said Grundy. ”In ‘Boy with a Basket of Fruit’, 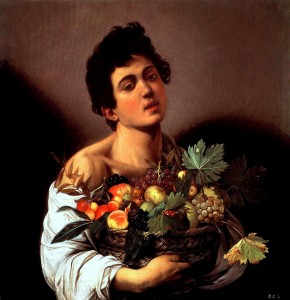 photographic discrepancies emerge with the lengthening of the subject’s head and neck as a result of the projection,” she explained. The size of the area being projected in the paintings depended on the size of the room, and Caravaggio was able to paint his subjects from ”far away” by altering the mirror and lens arrangement.

The many techniques pioneered by Caravaggio (1573-1610) have confirmed his reputation as one of the most revolutionary artist of his time, although he is probably best known for his mastery of chiaroscuro lighting.